Web Design Work in Portland, OR

Portland Is a Great Place To Live

Portland the largest city in the state of Oregon, covering over 140 square miles. Oregon has its roots in the 1830s coming near the end of the Oregon Trail. It has been called the “City of Roses” due to the ideal climate it has for growing roses. Portland has experienced significant growth and has become very popular, especially with young people. 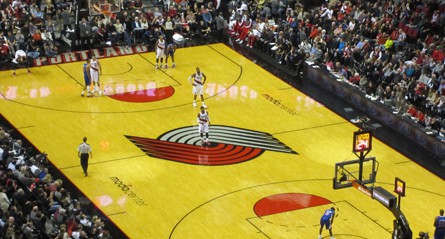 Portland has much to offer by way of culture, museums, cuisine, breweries, and sports. It’s the home to the NBA’s Portland Trail Blazers and MLS’s Portland Timbers. Running and cycling are very popular in Portland. In fact, several elite runners reside in Portland including, Mo Farah, Galen Rupp, and Shalane Flanagan. The city also offers many great city parks, bringing them much acclaim as one of the best in America.

Parks and Recreation:
Our Work in Portland

North Clackamas Parks & Recreation District was founded in 1990 with the desire to provide parks and recreation services to the north end of Oregon City county. A Master Plan was updated and adopted in 2004 and they are currently managed by a staff of over 30 people, including a nine-member volunteer District Advisory Board of citizens from the district area.

We were contacted by NCPRD about designing a website for them. They saw the website that we did for GCRD and wanted us to make their site informational and easy to navigate. We designed a customized site allowing them to manage lots of information in a way that was clear and easy to understand. It is also a visual site with lots of pictures and graphics making it fun to look at. We also designed a way for them to have their Discovery Guide online and used a flip reader so you can actually read through the guide just like you would a magazine. 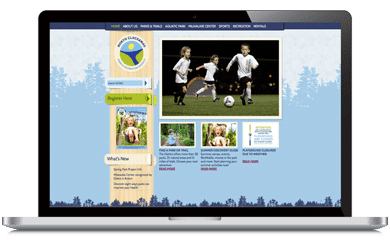 Web Design Customized For Your Business

If your business is in Portland, OR or another neighboring city, our experienced team of web designers and developers can work with you to make your website reflect you and your business. Distance does not limit us from learning about or understanding your business in order to deliver the right web design for you. Contact us today for your next web design project.